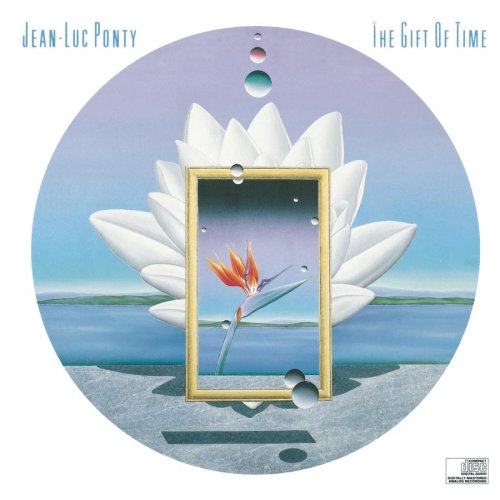 “Ponty!” I exclaimed earlier this evening, while working the raisins into the scone batter. “That’ll make a good P-post.” Momentarily taking my hands off the scones-in-the-making, I raised my hands and wiggled my hips to the tune of Jean-Luc Ponty’s ‘New Resolutions.’ It’s also my favourite album by him: The Gift Of Time.

In 1984, a South African housemate put a cassette in my hands: “here, I think you will like it.” For several months two of Ponty’s early albums were played to death.  I didn’t like it, I adored it. Her American boyfriend was a fan. Very lucky me.

Altogether, over the years, I bought five albums by him and I went to see him live at the Montreal Jazz Festival. There he performed as one of the members of Trio! – what a show. Stanley Clarke, bass and Béla Fleck, banjo. I will never see a better performance by a musician, I am quite sure of that. He is a powerhouse and his interaction with Clarke was unforgettable.

Why he perked me up?

I was feeling maudlin this evening after Inessa Galante’s Ave Maria (Caccini) suddenly pulled one of my heart strings waaaaay too far out. The ¡thoing! got the waterworks going. I miss my son. Not his warm-hearted, easily approachable personality, because he didn’t have it, but maybe just because they pulled him out of me? I dunno, I only got one kid so I can’t speak from experience. I’ve been trying to accommodate this loss too (how many more times?) but I’m not good at it because I carry my heart on my sleeve. People like me don’t accommodate, we express. We resolve, we want to do something. Doing nothing is like being incarcerated, where you can’t do anything. But I can, and I want to, but I don’t know what. I’ve given it into the hands of the universe but of course I often feel the urge to get involved.

Came to chase the blues away

As my youtube playlist carried on, Ponty was followed by Buckley who came to chase the blues away, which is normally heartwrenching, but now it was so serendipitous that I called “Thank you Baby, I knew I could count on you!” Is that what I do, talk to dead people who overdosed?

Naturally, preparing scones is a kind of therapy and then I got to eat them too, yummie!  I thought I would quickly write a blog post about my perker upper but that never works, of course (quickly).  Still, I got another P in. 🙂

Best scones ever: an old ‘O’ recipe from the Harlem Tea Room.  I always make the raisin variety but add chopped apple or apricot as well.

Gonna have seconds now.  Thanks for listening.